Home is where the heart is …

17 years of ribosome structure research (riboworld.com) in Hamburg, Berlin, Frankfurt and on many synchrtron beamlines around the world. In parallel desktop publishing starting with an ATARI (Calamus) and later during the 1990’s photoshop and ray tracing (PovRay) – research results need to be visualized.

2009 visualization of research results became the base for a kind of interface between research and public relations at the Max Planck Institute fot the Structure and Dynamics of Matter at CFEL (Center for Free-Electron Laser Science) in Hamburg.

Listen to ship horns from the Elbe in southern winds …

I appologize for presenting the whole website in german only. When it started, years ago, I tried to build up a two language site but finally I gave up because I hardly manage to keep the german part actual.

Nevertheless, I may come up with some english posts which are listed below. 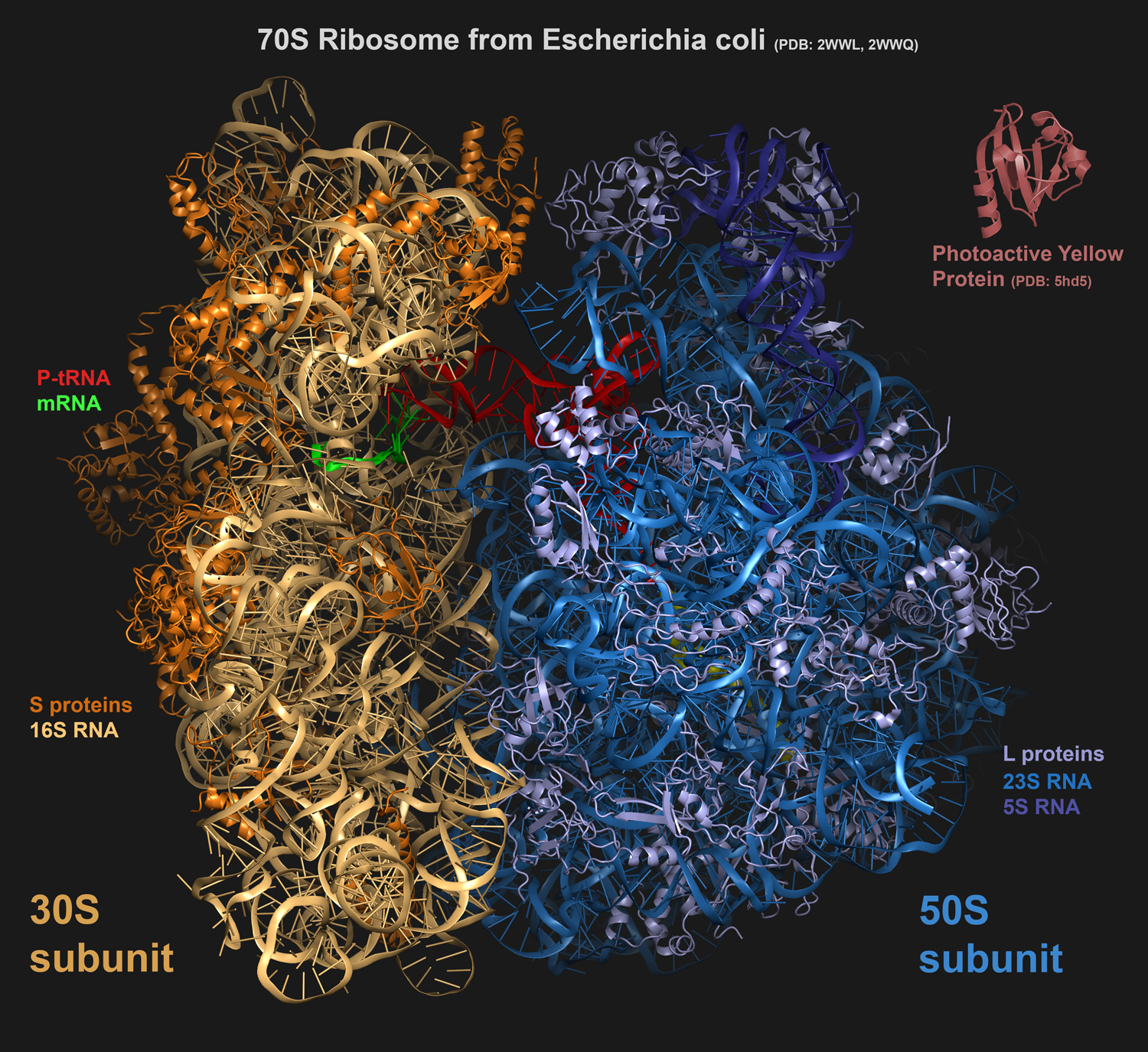 To visualize the enormous size molecule complex of a ribosome (bakteriell, 70S), its displayed site by site with a single protein (photoactive yellow protein). Bacterial ribosomal subunits contain roughly 21 resp. 31 proteins bound to the RNA constructs of the small (30S) and the large (50S) subunits.